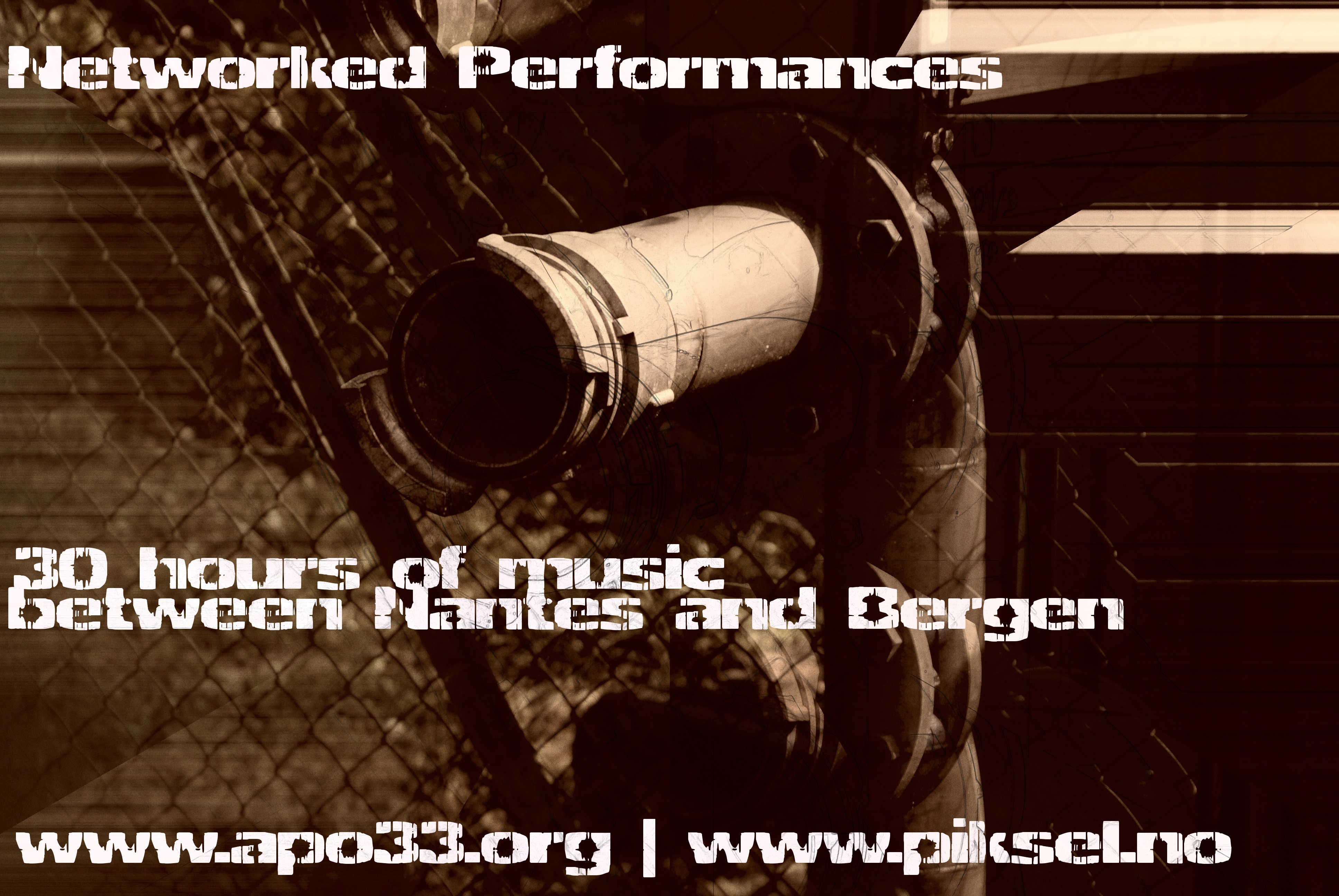 Audio Blast Festival is a no-festival within festivals. It’s a new invitation for musicians, sound artist and others noise makers to play live through the internet. This live music will be experienced in 2 venues, one in Bergen for the Piksel festival and the other one in Nantes at the Plateforme Intermedia / Fabrique as a physical node of Piksel festival.

For decades now, experimental music has been seeking its own positioning, through different names, genres and sub-genres, where artists constantly strive to renew themselves. We are facing a mise en abyme of what could be called music so far: there is no more music as such, neither academic, nor popular, we are at the end of an era when music used to be embodied. Post-music no longer bothers with “objectification”, it is constantly being diffused though the extra-sensory ubiquity of its digitisation, of real-time sound and distanced listening.

A chance to experience new forms of music created through Networked Performanes. 8 hours of intensive live audio flowing via Nantes to Bergen over 3 days of the Piksel Festival. more than 30 hours of music Including works from Sound artists, composers, musicians from around the world.

All the live performance will be played on a quadriphonic sound system in both country. Audio Blast Festival is curated by Julien Ottavi and organised by APO33. www.apo33.org